Tanzania, home to immense migratory herds as they trek their ancient paths, offers both exciting game viewing experiences and breath-taking landscapes. From the Great Rift Valley to the vast savannas of the Serengeti and the unique habitat of the Ngorongoro Crater, the diversity of landscapes is only matched by the diversity of experiences. 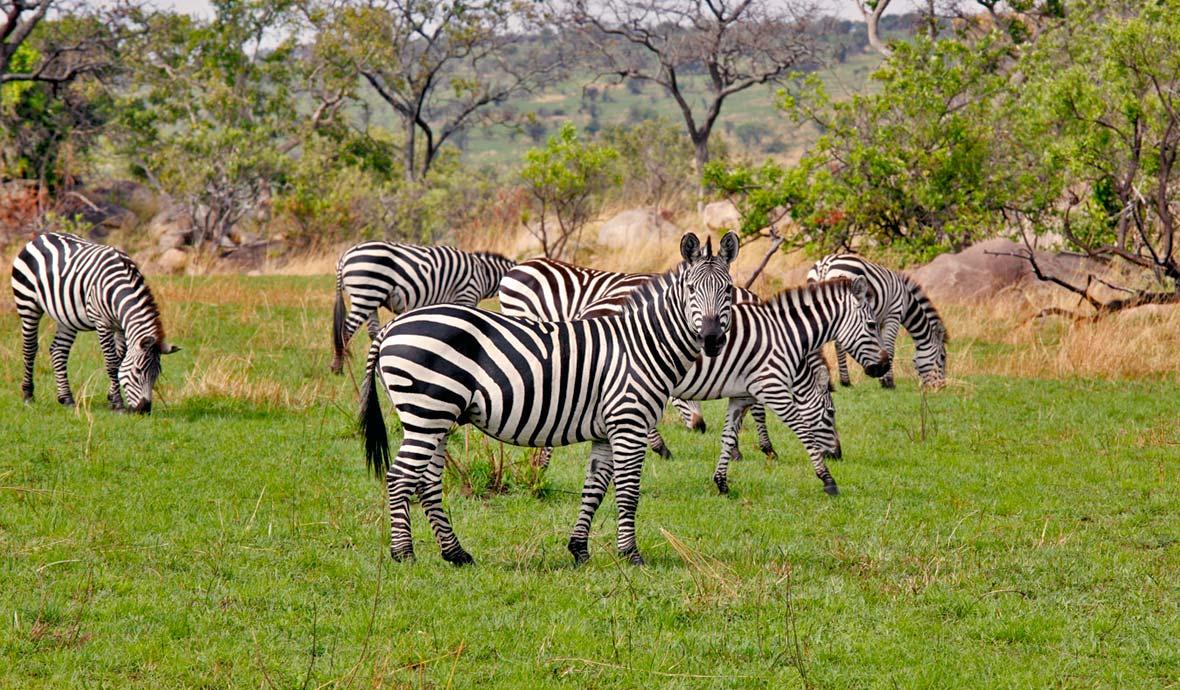 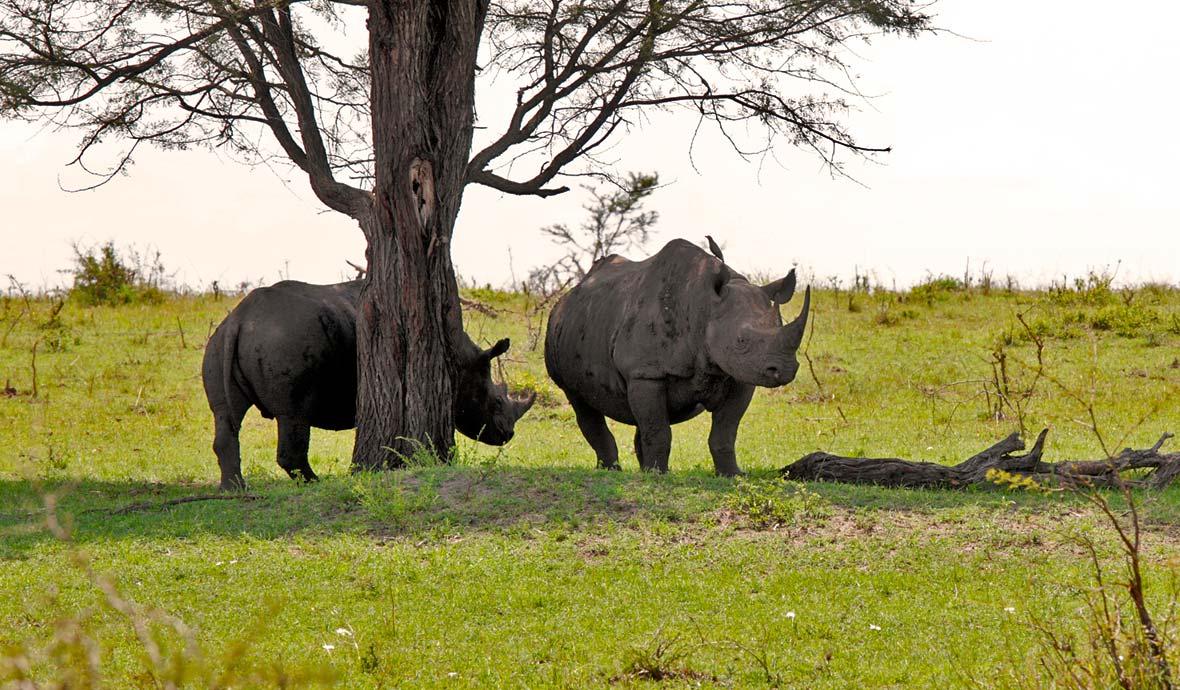 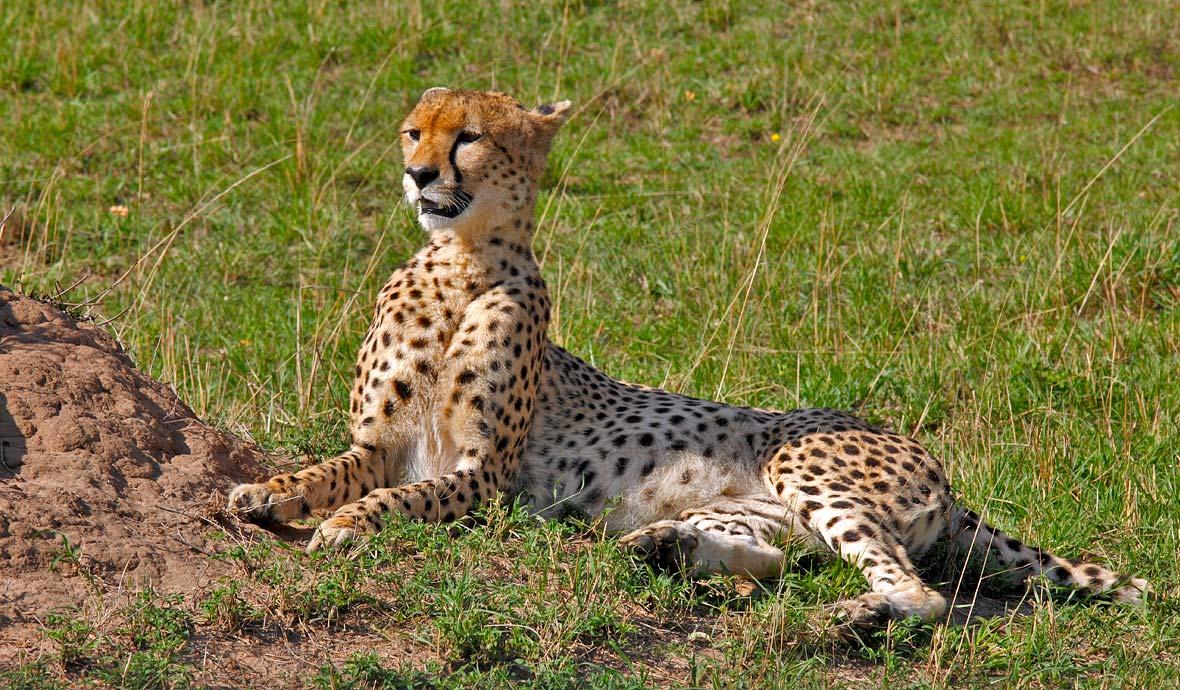 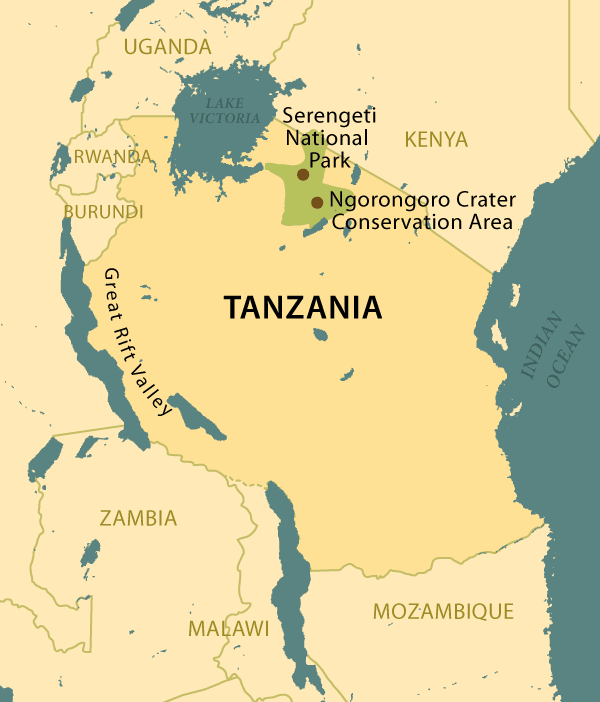 As we journeyed through Tanzania, we saw lots of wildlife in memorable sightings with the help of a great guide, Mike Taylor.

Once an active volcano estimated to have been larger than Mt. Kilimanjaro, the volcano collapsed 8 million years ago, leaving the Ngorongoro Crater - a caldera 12 miles in diameter. With no breaks at all in its 2,000 foot walls, this is the largest intact caldera in existence. The bottom of the crater is 165 square miles and is dotted with watering holes. The crater shelters an abundance of animals in an area naturally enclosed by the slopes of the volcano, and is famous for viewing black rhinos, of which there are very few remaining in the world. Other animals that can be seen include elephant, buffalo, zebra, wildebeest, gazelle, monkeys, and ever-hungry predators, including lions and hyenas.

This region contains one national park: Serengeti National Park and several game reserves (see map below). Serengeti is derived from the Maasai language, Maa; specifically, "Serengit" meaning "Endless Plains". The Serengeti hosts the largest terrestrial mammal migration in the world, which is one of the ten natural travel wonders of the world. 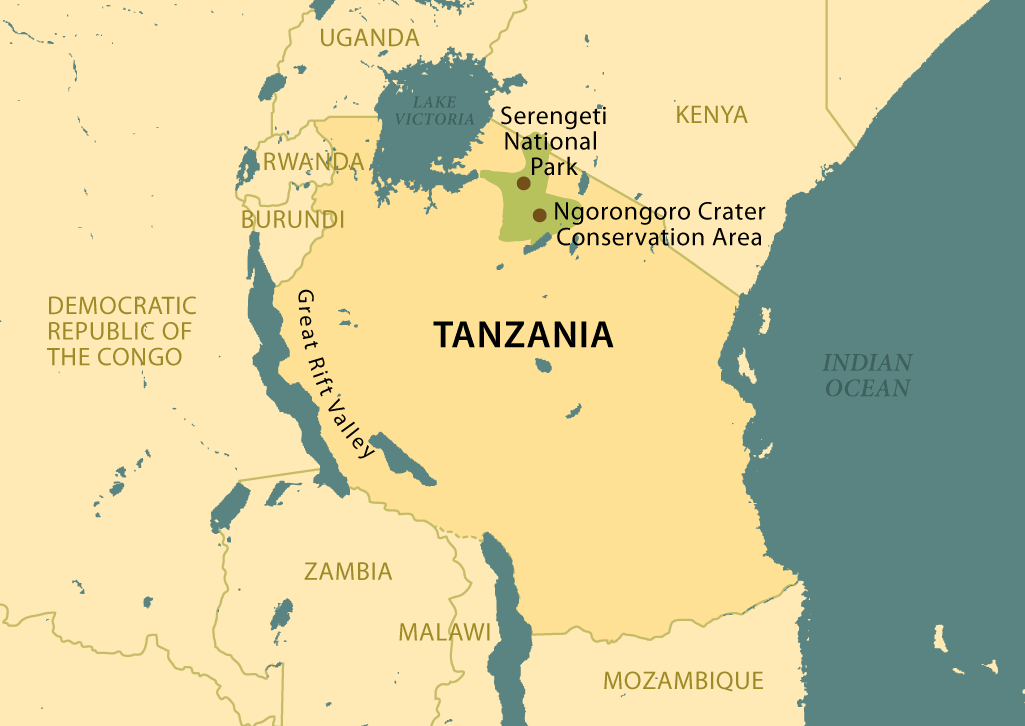 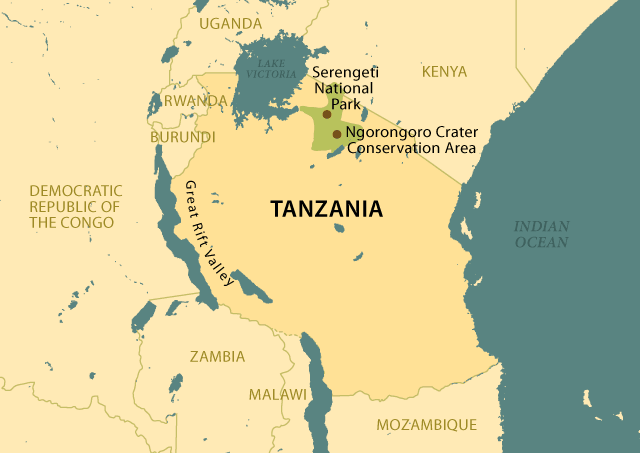